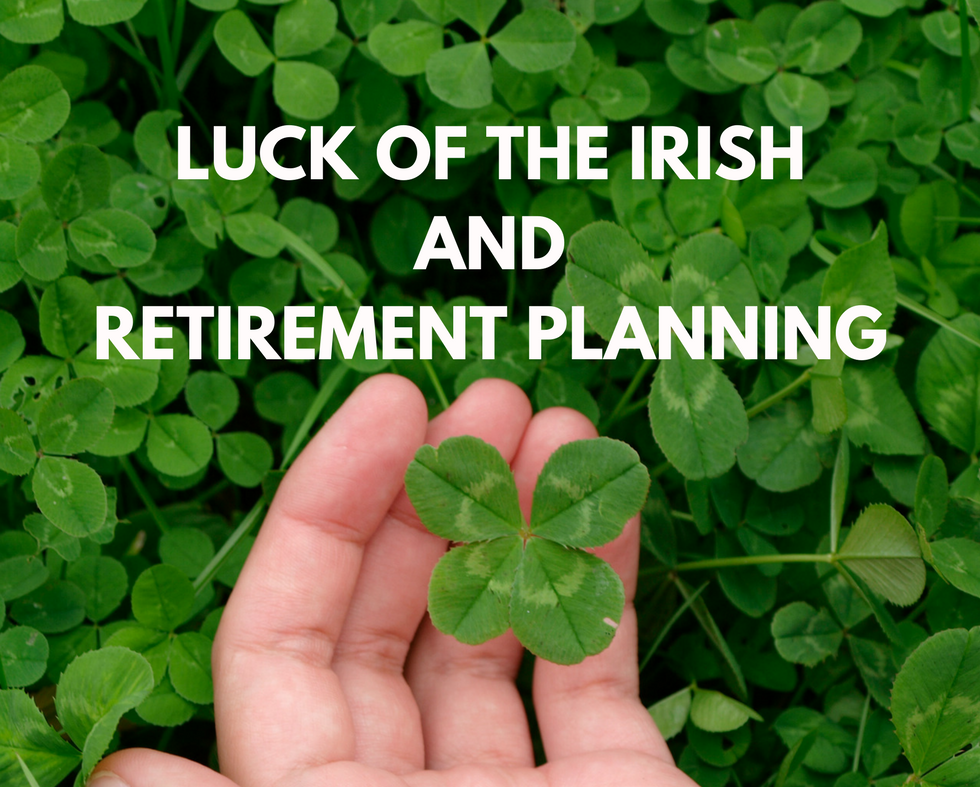 Luck of the Irish and Retirement Planning

We'd all love to find a pot of gold at the end of a rainbow, but the reality is that money management requires more than luck and wishful thinking - it requires planning and smart investing. Retirement is a time of tremendous opportunity. After working decades, you’ve either earned or will have earned the right to enjoy the wealth you’ve built over the years. If you've planned accordingly, you won't need a good luck charm.

While we at Lane Financial Strategies take financial planning seriously, in the spirit of fun, we're demystifying some common Irish folklore in honor of St. Patrick's Day. We hope you enjoy and won't hesitate to contact us if we can help start your financial plan.

Luck of the Irish

Many St. Patrick's Day traditions revolve around luck. Ironically, the Irish have been a very unlucky people as history will tell. The phrase "Luck of the Irish" can be traced to the 1800s during the U.S. gold rush where a high number of Irish people found gold and silver. Since Irish immigrants were viewed as incapable, any success was deemed as luck, hence "Luck of the Irish".

A rainbow has 7 easily distinguishable colors. Both the rainbow and the number 7 are symbols of luck around the world. In slot machines, triple sevens means you've hit the jackpot...your own pot of gold?

Green: Is it Lucky?

In the 19th century green became a symbol of Ireland (also called "The Emerald Isle"). Wearing green is patriotic, and considered lucky especially on St. Patrick's Day. The tradition of pinching those not wearing green began in Ireland many years ago.

To celebrate St. Patrick's Day, Chicago dyes the Chicago River green for the day, and many pubs serve green beer as a tradition.

In Irish folklore, the Leprechauns are cranky fairies who mend the shoes of the other fairies. They have begun magical powers and delight in mischief and trickery, which they use to guard their fabled treasures. If you catch a Leprechaun, he must grant 3 wishes.

There is a stone of legend called "The Blarney Stone" which is set in the wall of a castle in the Irish village of Blarney. The stone is said to have magical powers, and whoever kisses the stone will have powers of persuasion.